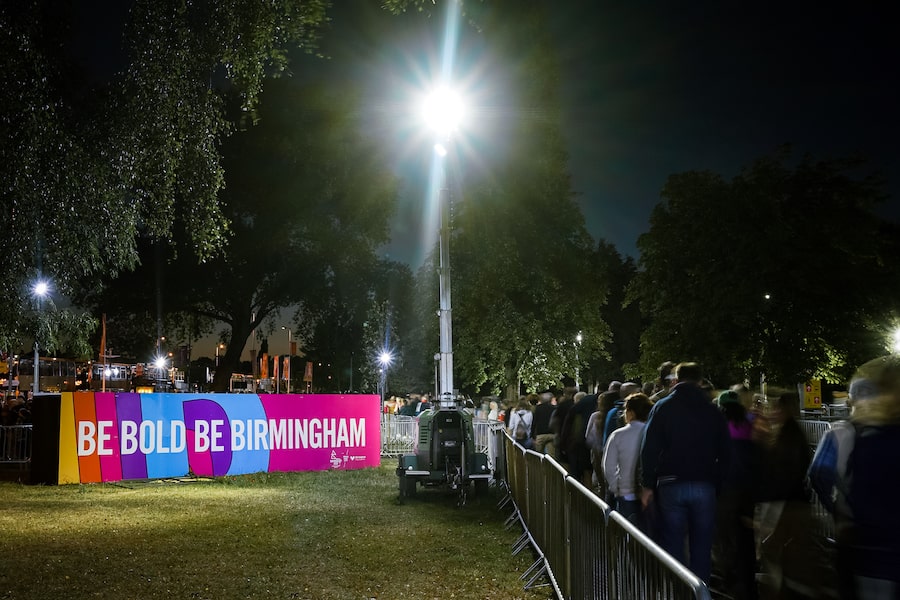 The organisers of the 2022 Commonwealth Games set out to create a spectacular, unifying sporting event, with a focus on its environmental impact.

The event was the largest in the Games’ history, with over 5,000 athletes from 72 countries competing in 283 different events. There were around 1.5 million spectator tickets sold and an army of 13,000 volunteers helping the event to run smoothly.

Getting all those people safely to and from the 15 locations used across Birmingham and the West Midlands was paramount to a successful, well-managed event.

Ahead of the Games, the Sprint project had been upgrading routes for faster public transport journeys, creating a greener city as a result. Welfare Hire was an obvious partner for this work, contributing to the project’s environmental aims.

Following on from this, the Games’ temporary park and ride facilities were created for the safe movement of the large crowds of people attending, in a smart, green way. Additional contingency facilities supplemented this at the last minute to lower the impact of announced rail strikes.

Welfare Hire’s ECO welfare and lighting were the natural choice to deliver the super-bright lighting and modern, high-specification welfare facilities needed, while contributing to achieving the Games’ environmental and wider ESG targets. 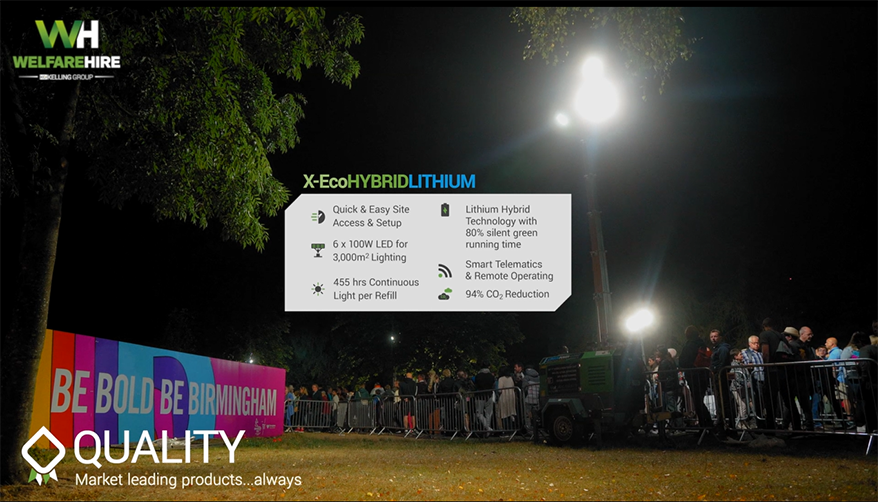 The unique designs of both our welfare units and tower lights gave optimal on-site performance. The super-bright, positional lighting provided a safe environment for spectators and marshals at park and ride queuing areas. Event marshals and workers at the Sprint project benefitted from comfortable welfare facilities and breakout spaces to keep them motivated and productive.

“They’re actually really robust so over the course of the past two weeks they have really stood up to a lot of usage.” 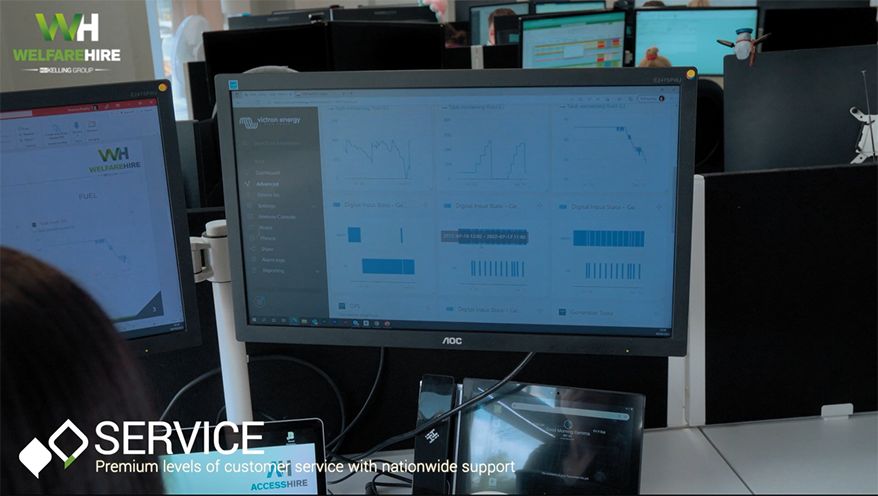 Our own dedicated, specialist teams liaised directly with our clients, to keep them always up to date with their hire arrangements. With smart telemetry built in, both Welfare Hire and the users managed service needs remotely and in real time, reducing visits to site and unnecessary transport costs and carbon footprint.

“The service has been exceptional…going that extra mile to make sure that, as a client, we’re looked after.”

Environment - Up to 15x lower CO₂ emissions from our ECO products 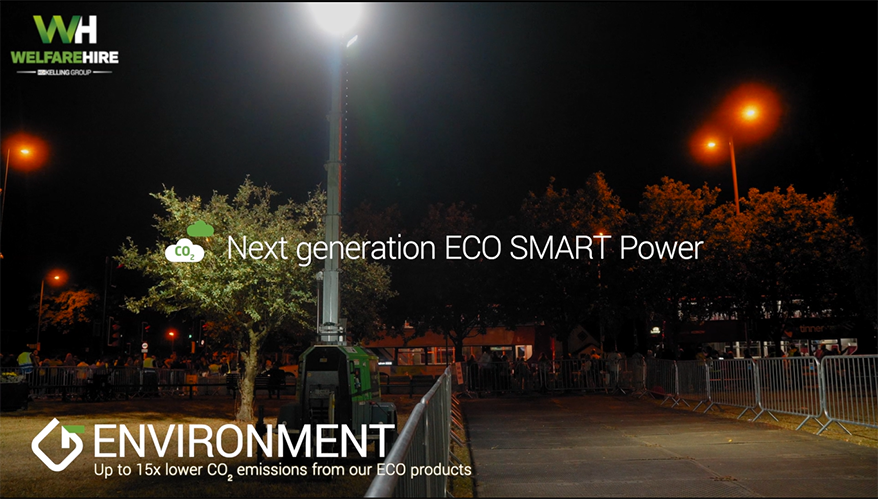 Our lighting and welfare, powered by solar and lithium green energy, reduced fuel consumption to almost zero. The silent, green running achieved in this site set-up contributed to driving the event towards its net zero carbon goals, without noise pollution. Rainwater harvesting also reduced service requirements with the non-chemical water system providing the most hygienic toilet and washing facilities.

“The energy efficiency helps Transport for West Midlands get to that carbon neutral, net zero target which is a key focus.” 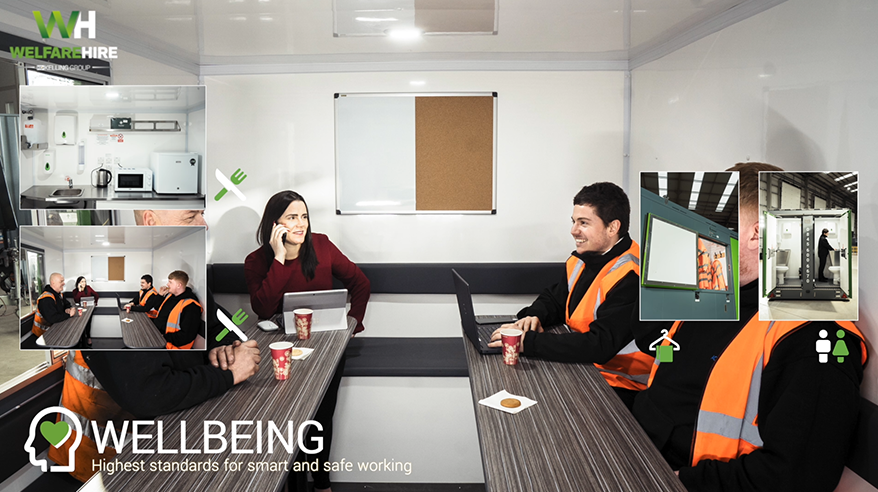 With canteen areas 20% larger than comparable units, our welfare facilities offer the most comfortable breakout spaces for workers, contributing to their wellbeing and productivity. With added features, including multiple USB charging and mains power ports, marshals found their needs were well catered for.

“Having all the features that you’d want, and the layout, means it’s a good social space for people.” 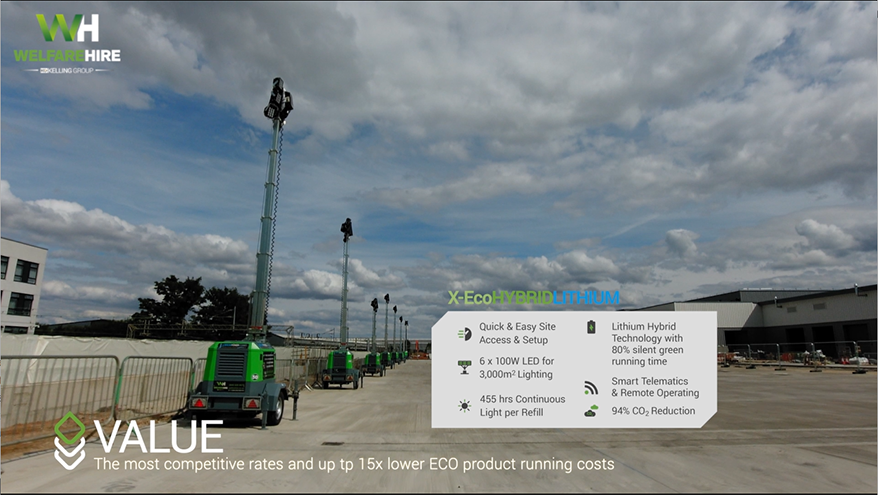 With competitive hire rates and low running costs, courtesy of the eco-friendly power system, organisers found that Welfare Hire’s facilities represented excellent value. The lighting and welfare units were seen as high specification with no compromise on performance.

“I was surprised at the value for money that Welfare Hire provides for the service that they offer, not just from a customer service point of view but also from the facilities that they provide.” 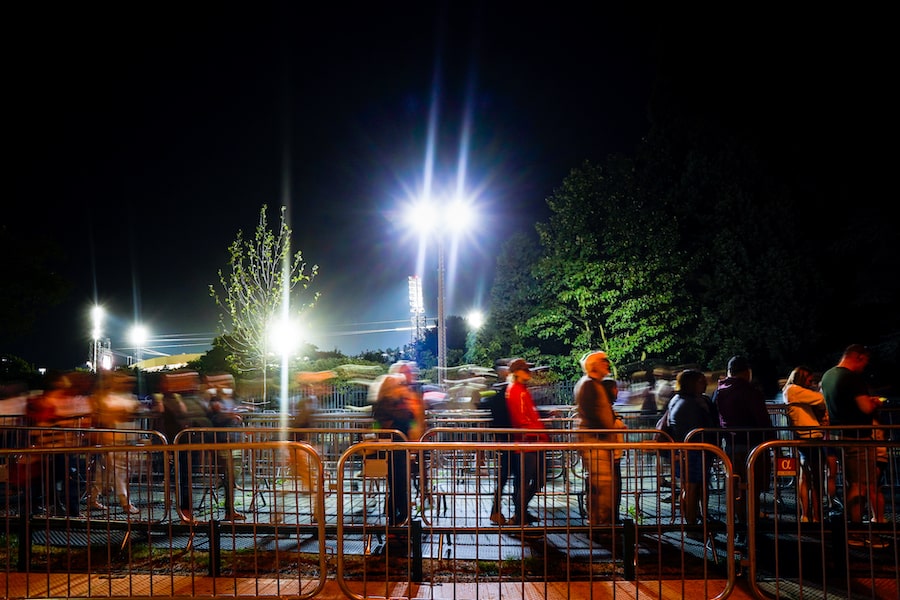 “The actual brightness of the lights in the dark has been really impressive. One light can provide quite a bit of area [illuminated] - that’s been a real added benefit.”

The most ECO solution in the market, reducing CO₂ emissions and fuel savings by 94% 12 hours silent running from Lithium battery with a rapid recharge of just 3 hours. “The Lithium battery shines a lot brighter, and there’s more LED lights on the equipment too.” 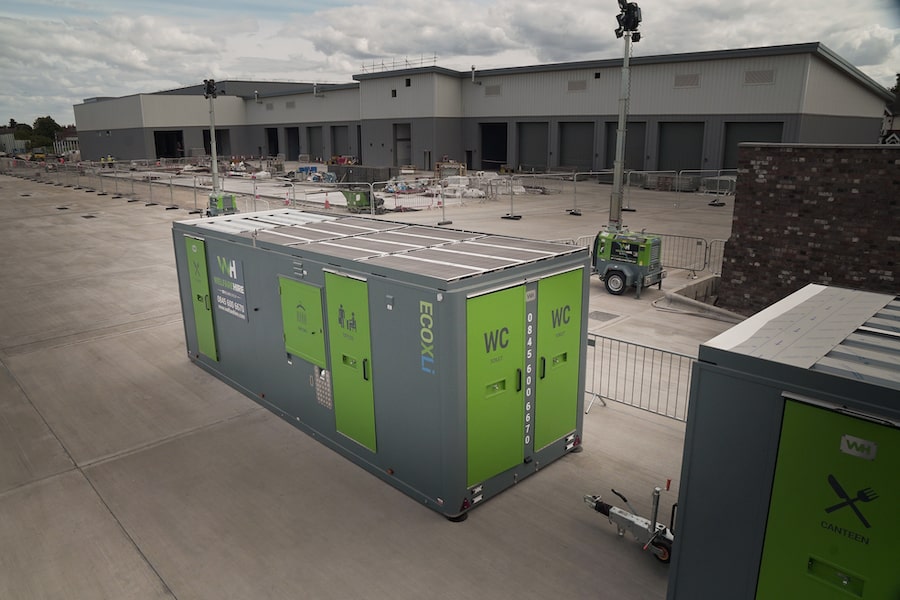 “The high technology and the state-of-the-art facilities within the cabins has been very impressive.”

Unique retractable drawbar to saves 40% external site space, as well as 20% more internal space. Volumetric data on fuel and noise pollution savings to add value for the project and clients. 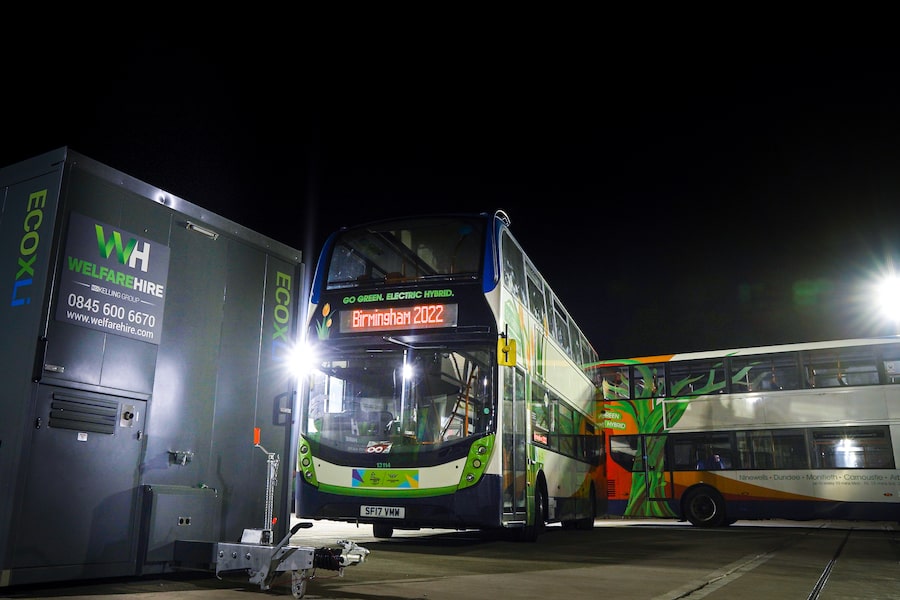 Where sustainable targets are important, Welfare Hire delivers site set up that hits those targets without compromise. Our mobile ECO welfare facilities and lighting bring market-leading performance while including the most innovative technology available. Eco-friendly power systems drive the products, minimising fuel requirements, associated operating costs and CO2 emissions. Powerful lights create a safe environment for workers and visitors. Modern, comfortable, spacious welfare facilities contribute to the wellbeing of workers to perform to their best. These products are backed with specialist service that supports our clients to achieve the best value for their project’s financial and ESG goals. 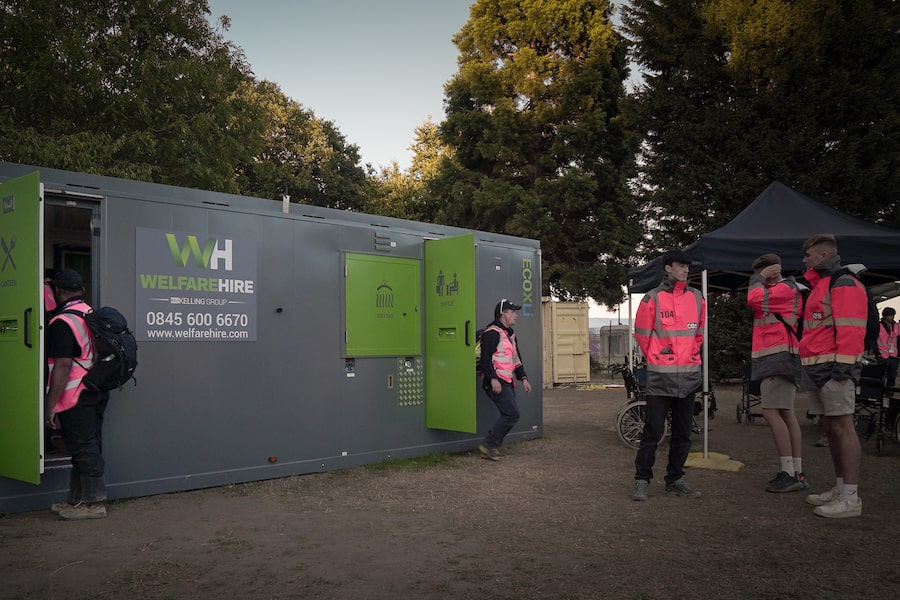 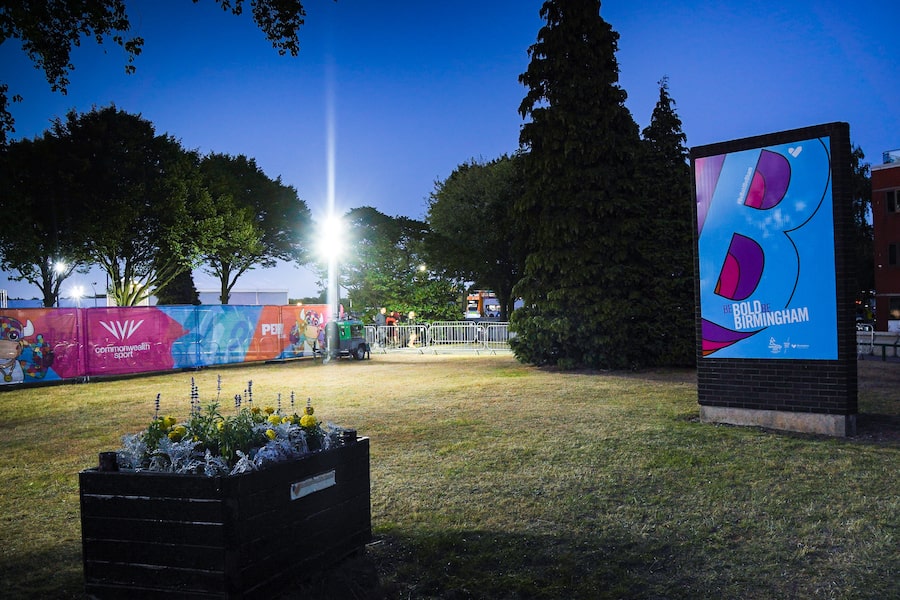 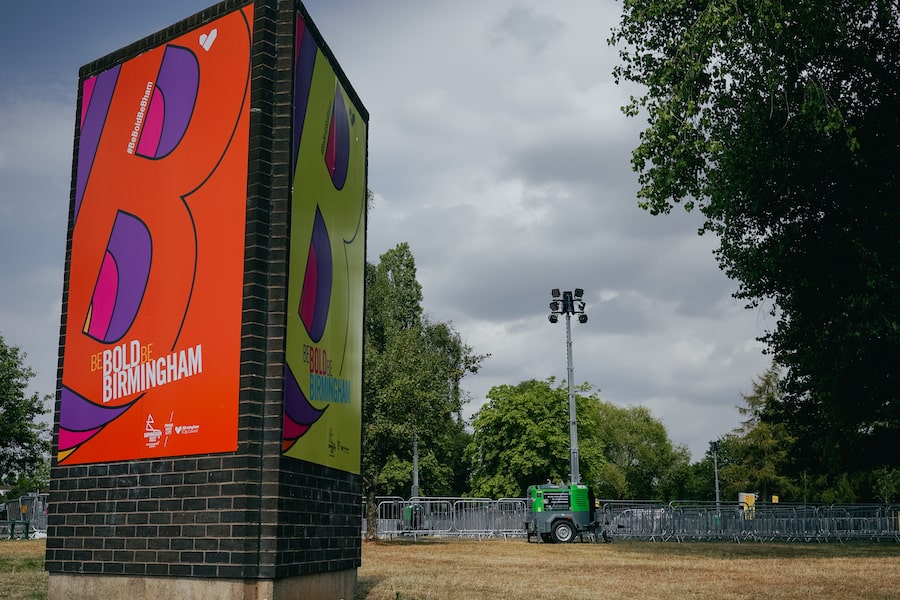 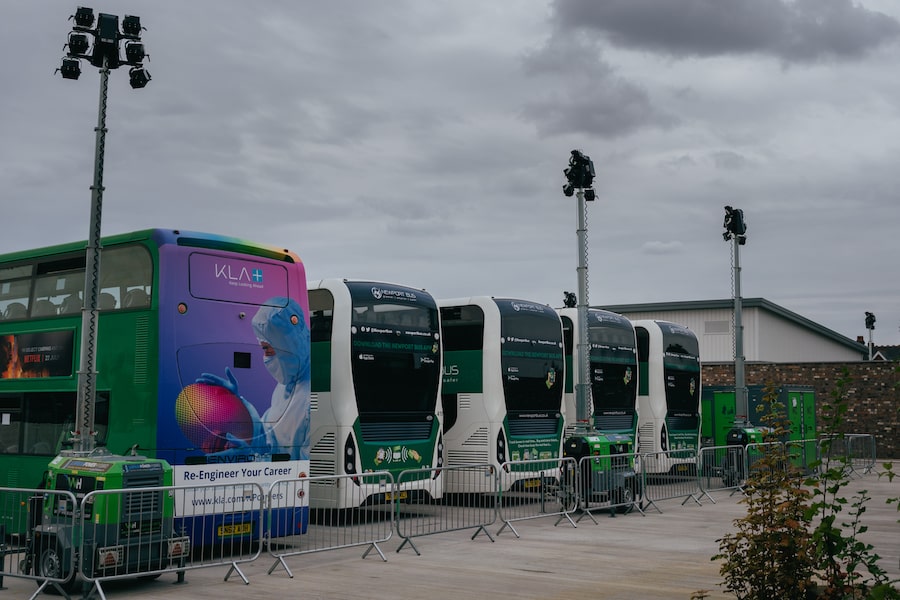 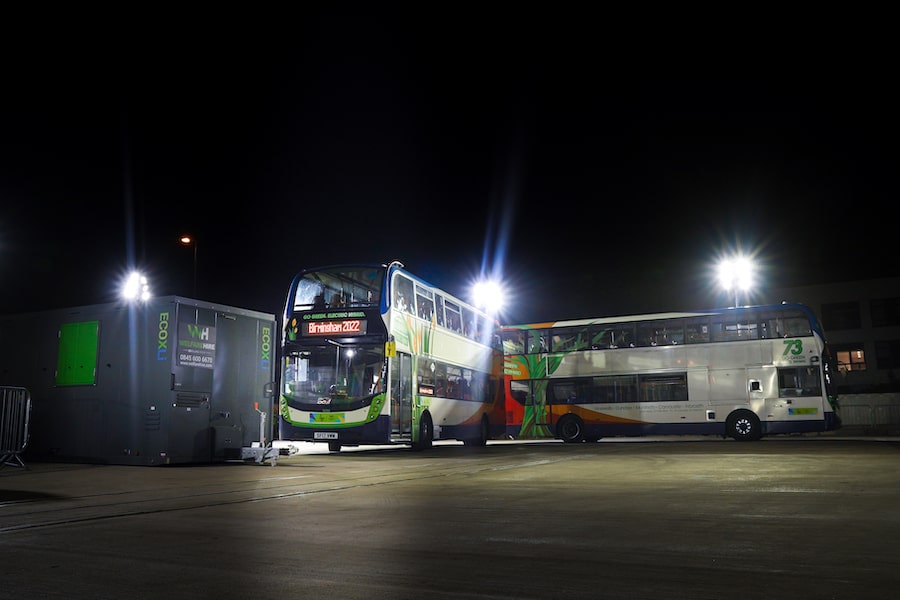 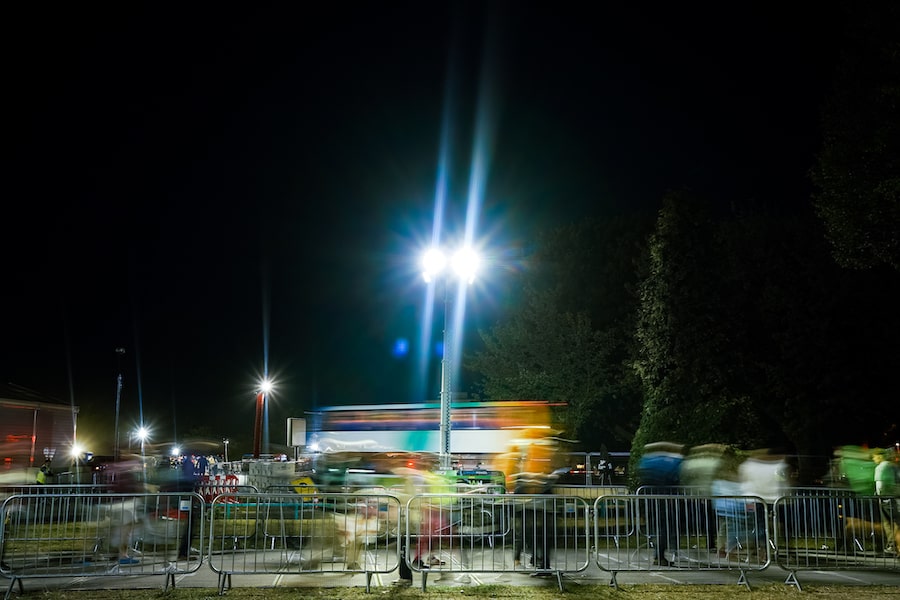 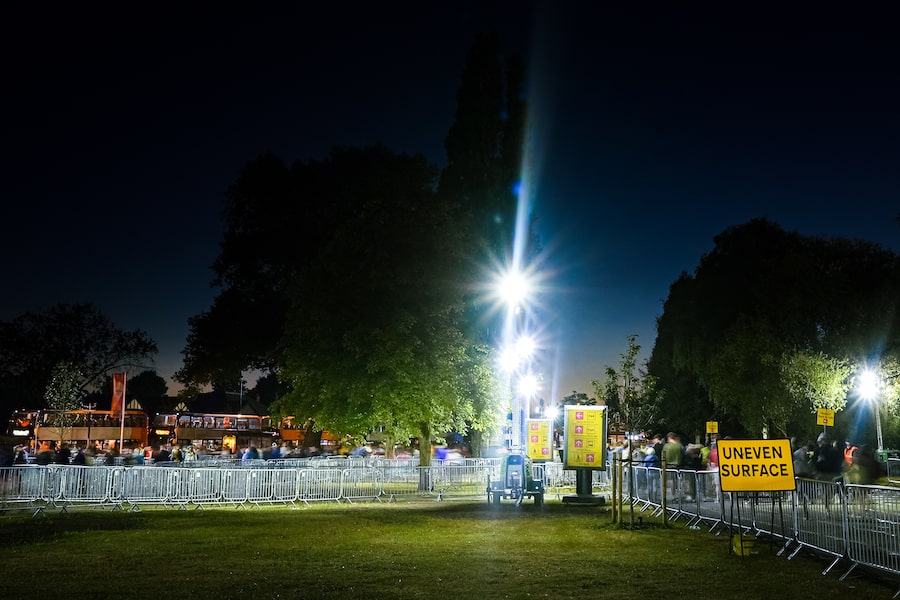 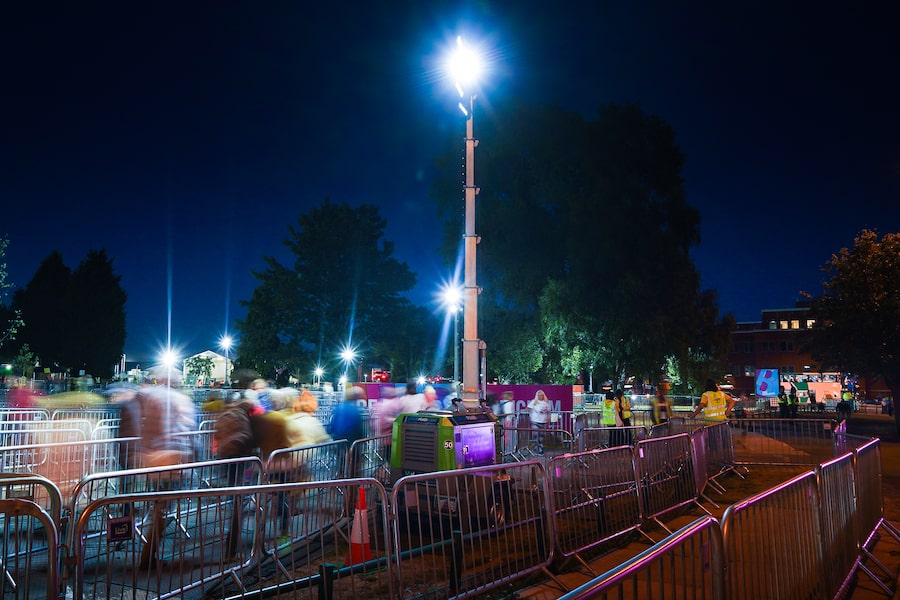 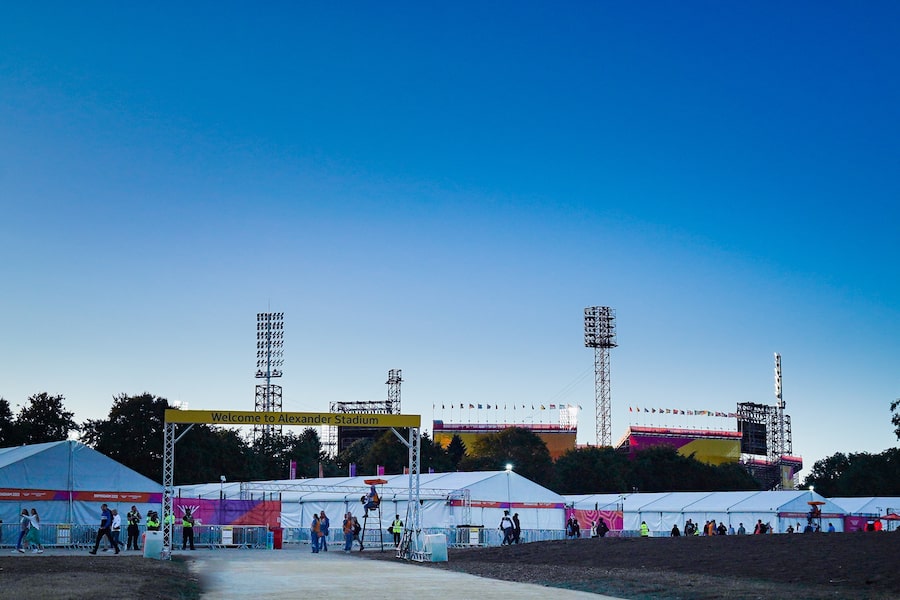 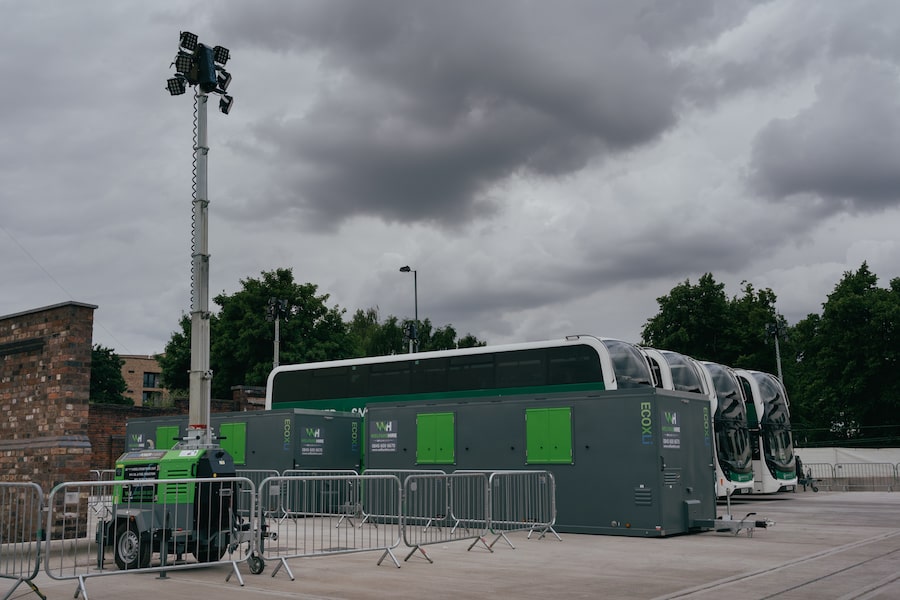 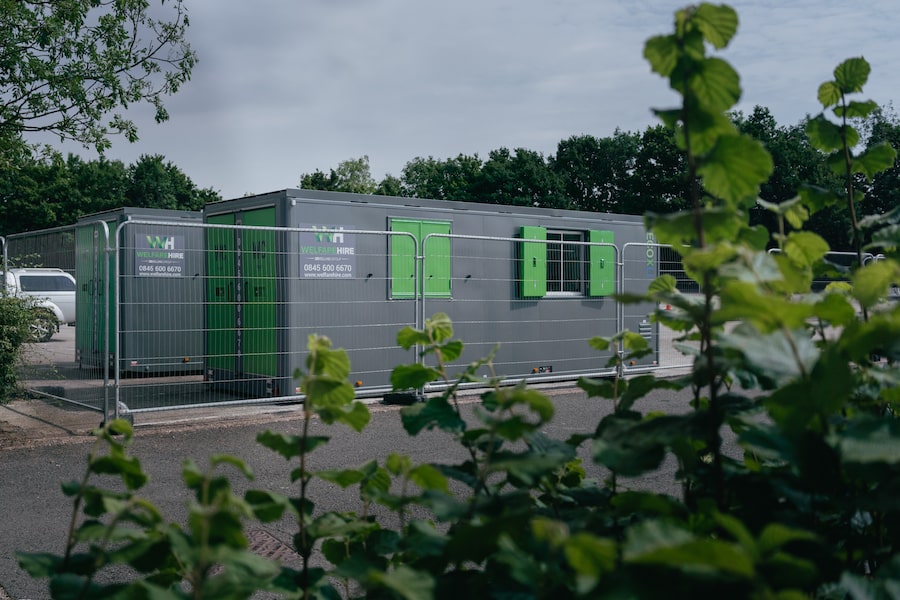 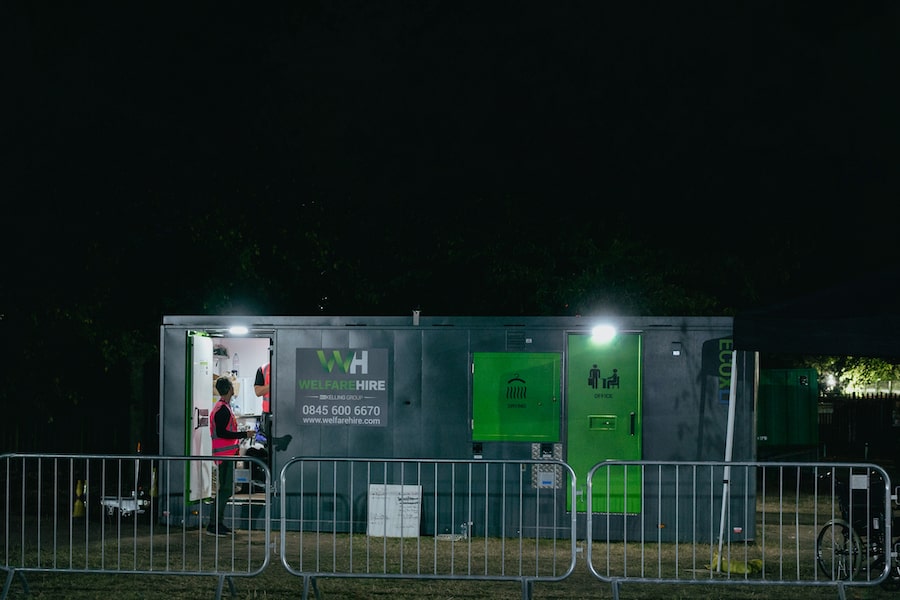 SPEAK TO US ABOUT OUR PREMIUM CUSTOMER SERVICE.

We take pride in everything we supply. Enquire today to discover more about our premium levels of nationwide customer service.
VISIT WELFARE HIRE ENQUIRE NOW

See how Welfare Hire helped National Highways deliver major improvements to the A46 at Binley Junction in Coventry, using our mobile ECO welfare and lighting units.

We use cookies on our website to give you the most relevant experience by remembering your preferences and repeat visits. By clicking “Accept All”, you consent to the use of ALL the cookies. However, you may visit "Cookie Settings" to provide a controlled consent.
Cookie SettingsAccept All
Manage consent

This website uses cookies to improve your experience while you navigate through the website. Out of these, the cookies that are categorized as necessary are stored on your browser as they are essential for the working of basic functionalities of the website. We also use third-party cookies that help us analyze and understand how you use this website. These cookies will be stored in your browser only with your consent. You also have the option to opt-out of these cookies. But opting out of some of these cookies may affect your browsing experience.
Necessary Always Enabled
Necessary cookies are absolutely essential for the website to function properly. These cookies ensure basic functionalities and security features of the website, anonymously.
Functional
Functional cookies help to perform certain functionalities like sharing the content of the website on social media platforms, collect feedbacks, and other third-party features.
Performance
Performance cookies are used to understand and analyze the key performance indexes of the website which helps in delivering a better user experience for the visitors.
Analytics
Analytical cookies are used to understand how visitors interact with the website. These cookies help provide information on metrics the number of visitors, bounce rate, traffic source, etc.
Advertisement
Advertisement cookies are used to provide visitors with relevant ads and marketing campaigns. These cookies track visitors across websites and collect information to provide customized ads.
Others
Other uncategorized cookies are those that are being analyzed and have not been classified into a category as yet.
SAVE & ACCEPT